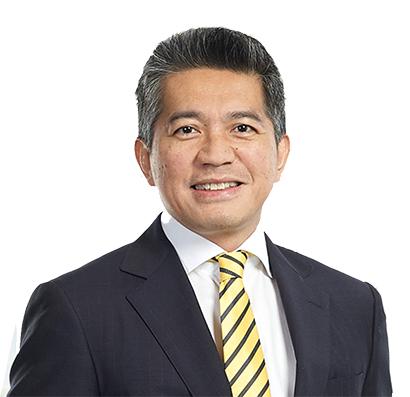 An Indonesian citizen. Appointed as President Director since 11 November 2013. He has served as an independent member of the Board of Commissioners of PT Bank Maybank Indonesia Tbk since 2003 until 11 November 2013. He was also an independent member of the Board of Commissioners of PT Jasa Angkasa Semesta Tbk (2005-2013), President Director of PT Indonesia Infrastructure Finance (2010-2011), Director of Barclays Bank Plc Indonesia and was Barclays’ Head of Asia for Alternate Capital Market/Islamic Finance (2001-2003). He was Vice President of Deutsche Bank AG, Jakarta and was the Head of Debt Capital Market and Liability Risk Management (1997-2001). He started his banking career at Citibank NA, Jakarta, where he was Head of Corporate Restructuring Unit and Project Finance (1992-1997). He has a Bachelor of Science in Business Administration degree in Accounting, Cum Laude (Honors) from The Ohio State University in 1991. He completed advanced management program at Harvard Business School, USA in 2017.