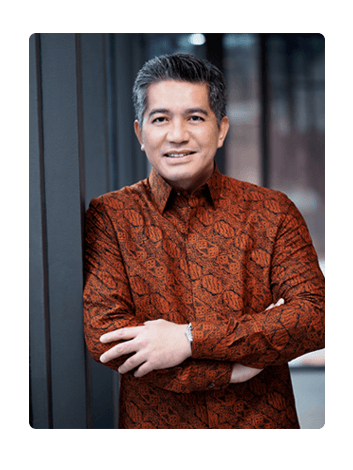 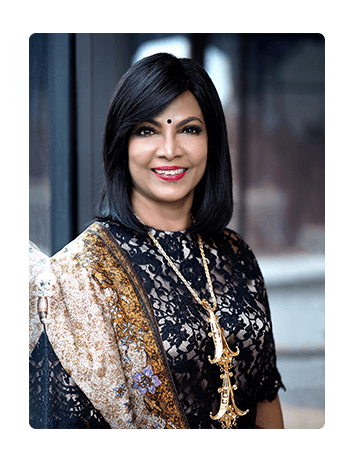 Malaysian citizen and Indonesian permanent resident. Thila Nadason serves as Finance, Financial Planning, Performance Management, and Procurement & Premises Director of PT Bank Maybank Indonesia Tbk since 20 March 2009 (received BI approval on 4 August 2009). Before joining Maybank Indonesia, she served as Director of Finance, Financial Planning & Strategy and General Affairs of PT CIMB Niaga Tbk and Director of Finance and Operations of PT Bank Lippo Tbk. Previously she worked at PricewaterhouseCoopers (PwC) for 20 years and was the Transaction Services Partner at PwC handling M&A (Merger & Acquisition) deals and special reviews and investigations before joining PT Bank Lippo Tbk in 2005. She has resided in Indonesia for 14 years and has extensive knowledge of the Indonesian and Internasional Accounting Standards, corporate valuations as well as Bank Indonesia, IDX and Bapepam regulations. 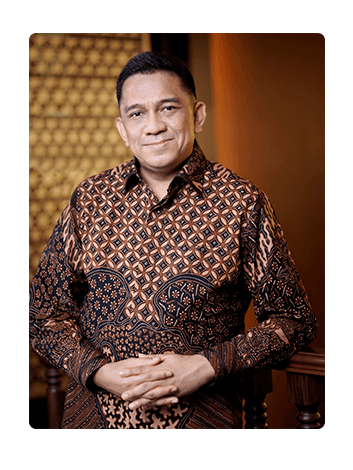 Indonesian citizens. Irvandi Ferizal appointed as Director of Human Capital of PT Bank Maybank Indonesia Tbk since December 1, 2015. He has over 25 years experience in the field of Human Capital at various companies, both local and multi-national. Before joining Maybank Indonesia, Irvandi served as Director of Human Capital at various companies in the Group Entities of Mondelez Indonesia (Kraft Food). He started his career at PT Kalbe Farma in 1992 as Training and Development Manager. Then in 1998 moved to TNT Indonesia with his last position as Country HR Director. In 2008 he worked at Nokia Siemens Networks as Head of Sub Region Human resources for Indonesia. 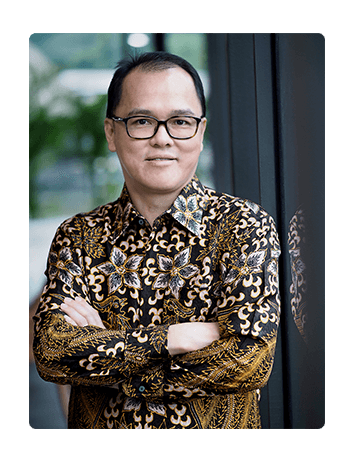 Indonesian citizen. With over 21 years of extensive experience in the banking industry, Effendi is a Subject Matter Expert in the prudent recommendation and oversight of major, complex credit exposures. Effendi commenced his career in Maybank Indonesia in 2007 as Corporate Senior Risk Manager and became the Corporate Banking Risk Head in 2008. He then became Bankwide Risk Management Head in the same year and Head of Credit Review in 2011. In 2015, he was appointed as Chief Credit Officer. Before joining Bank Maybank Indonesia, he was the Credit Advisor in PT Bank Central Asia Tbk since 2004. He commenced his career as Pre Engineer in ITB's Petroleum Engineer Department in 1993 where he continued to join PT Arco Indonesia in 1994. He started his banking career in 1996 as an Account Officer in PT Bank Danamon Indonesia Tbk. Following that, he was the Senior Staff and continued to be Group Head Credit Review Division Risk Management in the Indonesian Bank Restructuring Agency (IBRA) from 1999 - 2004. 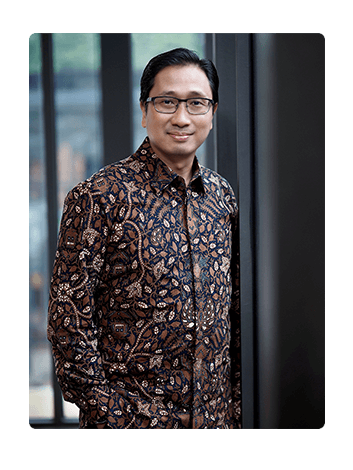 Indonesian citizen, with more than 24 years’ experience in the banking industry, especially in the field of Operations. Widya Permana (Cheppy) began his career at Bank Credit Lyonnais Indonesia as Head of Treasury Operations, followed by Head of Asia Control and Coordination Capital Markets Operations at Credit Agricole, Hong Kong; Head of Wholesale Banking Operations Banking and Acting Head of Technology and Operations at PT Bank DBS Indonesia; Head of Institutional Operations at PT Bank ANZ Indonesia; and his last position was as Director of Operations and Technology at PT Bank Sumitomo Mitsui Indonesia. He was previously active at Asosiasi Sistem Pembayaran Indonesia (ASPI) as Secretary Committee 1 and of Foreign Bank Association Indonesia (PERBINA) as Chairman of Technology and Operations Forum. He holds a Bachelor of Economics from Padjajaran University, Bandung and a Master of Business Administration from The University of Texas at San Antonio, USA. 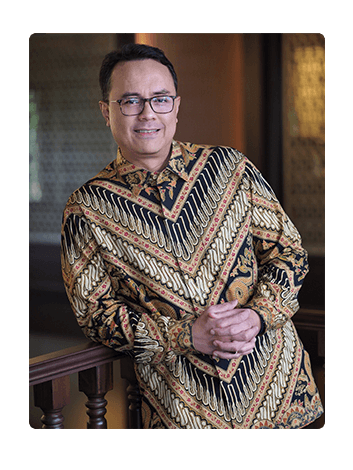 Indonesian citizen, with more than 25 years experience in banking, especially in the field of Compliance. Mr. Muhamadian (Dian) began his career at Deutsche Bank as Senior Manager of Corporate Accounts, followed by Director, Corporate Banking at American Express Bank and for the last 21 years at Bank ANZ Indonesia with the last position as Executive Director, Compliance & Financial Crime. Apart from his banking career, Mr. Dian is also one of the Founders and 1st General Secretary for the Compliance Director's Communication Forum (FKDKP). In addition, he has served as Head of Banking Industry Compartment for Indonesian Risk Professional Association as well as served as Chairman of Compliance Group - Foreign Bank Association Indonesia (PERBINA).

He holds a Bachelor of Science in Business Administration from the State University of New York at Buffalo, USA. In addition, he is holder of CFE (Certified Fraud Examiner) and CAMS (Certified Anti-Money Laundering Specialist). 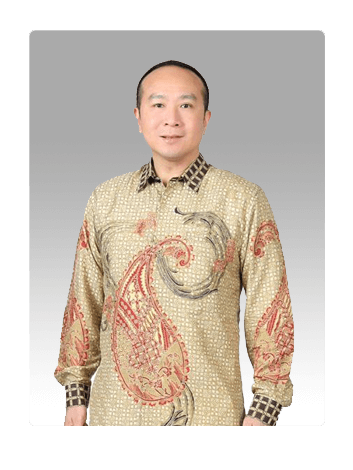 Indonesian citizen, appointed as Director of Community Financial Services based on AGMS of Maybank Indonesia held in March 30, 2020. He has more than 20 years of experience in banking industries, specifically in the retail/consumer banking, SME and commercial banking in various banks. He holds of Bachelor of Science in Business Administration from Oklahoma State University, Stillwater USA. 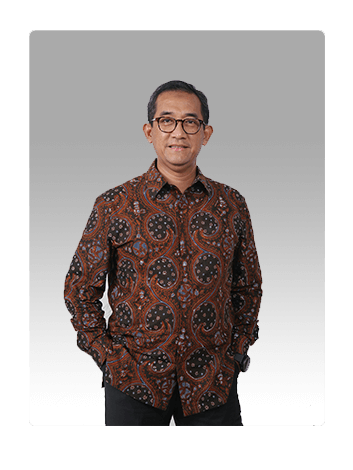 Indonesian citizen, appointed Director of Global Banking based based on AGMS of Maybank Indonesia held in March 30, 2020. He has 30 years’ experience in the banking industries specifically in the global market/ treasury and corporate in various banks. He holds of Bachelor of Industrial Engineering at Trisakti University Jakarta, Indonesia. Prior joining Maybank Indonesia, Ricky started his career at Citibank N.A. in 1990 as Management Trainee, Management Associate & Junior Dealer and the last position as Vice President, Head of Fixed Income Sales & Trading. In 2006, he joined PT Bank Lippo Tbk as Senior Vice President, Treasury Group for 2 years. Then in 2008 he was Executive General Manager, Treasury – Trading Group at PT Bank CIMB Niaga Tbk. Lastly before he was appointed as Director of Global Banking he joined PT Bank Maybank Indonesia Tbk since 2009 with his last position as EVP, Head of Public Sector. 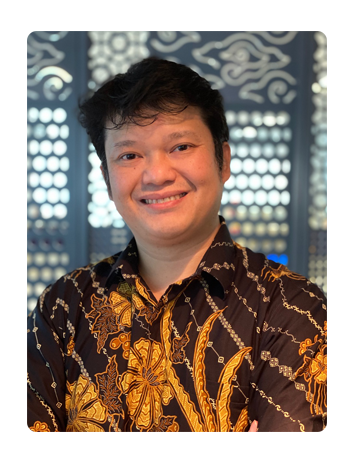 Indonesian citizen, appointed Director of Information and Technology based on AGMS of Maybank Indonesia held in March 26, 2021. He has nearly 20 years of experience in the information and technology industry, mostly in banking at various banks. He holds Bachelor of Mathematics at Padjadjaran University Bandung, Indonesia and Master of Science from Michigan State University, East Lansing, Michigan, United State. He also attended Executive Development Program, INSEAD the Business School for the World, Singapore.

David Formula started his career at PT Sanbe Farma in 2001 as IT-Coordinator. From 2004 to 2006 he continued his career as an IT Consultant at PT Multipolar Technology Tbk. He then joined PT Bank Commonwealth as IT Audit Manager from 2006 to 2009.  In 2009 he joined PT Matahari Putra Prima, Tbk. as General Manager of System Implementation. Before he joined Maybank Indonesia, from 2010 to November 2018 he worked at PT Bank OCBC NISP, Tbk. with various positions he held until his last position was as Information Technology, Executive Vice President.

Lastly before appointed as Director of Information and Technology, he joined Maybank Indonesia in 2018 with his last position as Executive Vice President, Chief Technology Officer.