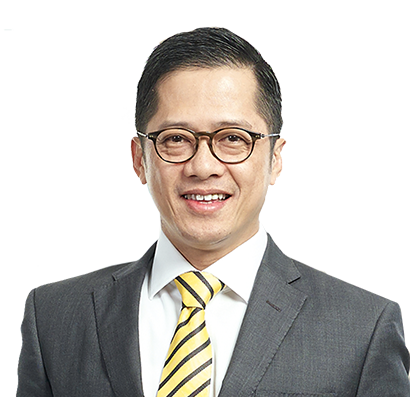 Indonesian citizen, Eri Budiono serves as Global Banking Director since appointed in Annual General Meeting of Shareholders on 24 April 2015. He has more than 21 years experience in Banking and Investment in Banking industry and holds a Bachelor of Business Banking and Finance from Monash University, Australia. Before joining Maybank Indonesia, He began his career at ABN AMRO Bank in 1993 as Account Relationship Manager where his last position was Vice President Special Credit Group, then in 2000 He joined with HSCB-Indonesia for 7 years with his last position as Head of Corporate Banking. Subsequently in 2007 He moved to Teak Capital Partners-Singapore as Origination Director for 2 years. Then, in 2009 He joined with PT Rabobank International Indonesia as Corporate and Investment Banking Director.