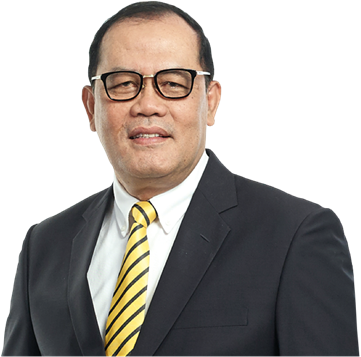 Indonesian citizens. Currently Dr. Hendar, SE, MA is active in serving as President Commissioner in one of the sugar companies and Teachers at the Indonesian Banking Development Institute (LPPI). He has more than 30 years of experience working at Bank Indonesia. Beginning his career started in 1993 with a focus on the field of Credit, he then moved into the field of Balance of Payments Statistics as well as handle the Economic and Monetary Policy (1995-1997). He gained a greater role as Head of the Balance of Payment Statistics Department (1997-2003), then returned to Policy & Analysis in 2013. His career continued as Head of the Bureau of Monetary Policy (2003-2009). He was appointed as Executive Director of Monetary Management (2009-2013) and was later appointed Deputy Governor of Bank Indonesia in 2013-2016. He obtained a doctorate in Business Management from Padjajaran University, Indonesia.

He started his career in Badan Pemeriksa Keuangan/BPK-RI, the Auditor General Office (1989- 2006). Resigned from BPK, he then continued his career in private sector as IT audit and public sector audit and governance consultant in PT Dua Radja Net, a company he co-founded. He had previously served at World Bank, Jakarta Office (2007-2009) and the Senate (2010-2013) as consultant, and as independent audit committee member at Bank BNI (2001-2009), Bank Muamalat Indonesia (2010-2014) and Bank Barclays Indonesia (2009-2010). He serves as independent audit committee member at PT Cardig Aero Services, Bank Commonwealth Indonesia and as independent commissioner at PT Commonwealth Life.

He earned diploma 3 degree in accounting from Sekolah Tinggi Akuntansi Negara (STAN), bachelor degree in financial management from University of Indonesia and master degree in finance from London Business School. He obtained his CISA (Certified Information System Auditor) credential in 1995.

Indonesian citizens. He has served as a member of the Audit Committee of PT Bank Maybank Indonesia Tbk since 6 April 2018.

His career was originally as an auditor at the Directorate General of Taxes and last as a senior analyst (2000-2008). He is a member of the Supreme Court’s Strategic Plan Development Team of Republic of Indonesia (2009), Team Leader of Anti-Corruption Program and Transformation of Financial Management MA USAID (2009-2010), Expert of the State Finance Accountability Board of the Republic of Indonesia (2010-2013), Senior Specialist Audit of Integrity at UNDP (2015-2016) and Experts of National Economic and Industrial Committee (2016). He is Project Director of the ADB's Regional Financial Capacity Enhancement Program (2017-present) and a member of the Faculty of Economics and Business UMN (2010- present). In banking he served as a member of the Nomination and Remuneration Committee at Bank BNI, and the Audit Committee and Nomination and Remuneration Committee of BNI Syariah Bank.

He obtained his accounting diploma from Sekolah Tinggi Akuntansi Negara (1999). Besides being a competency assessor, he is also a chartered accountant (2003) and a graduate of Master of Business Law from University of Indonesia (2005), as well as Master of Public Administration from National University of Singapore (2007).